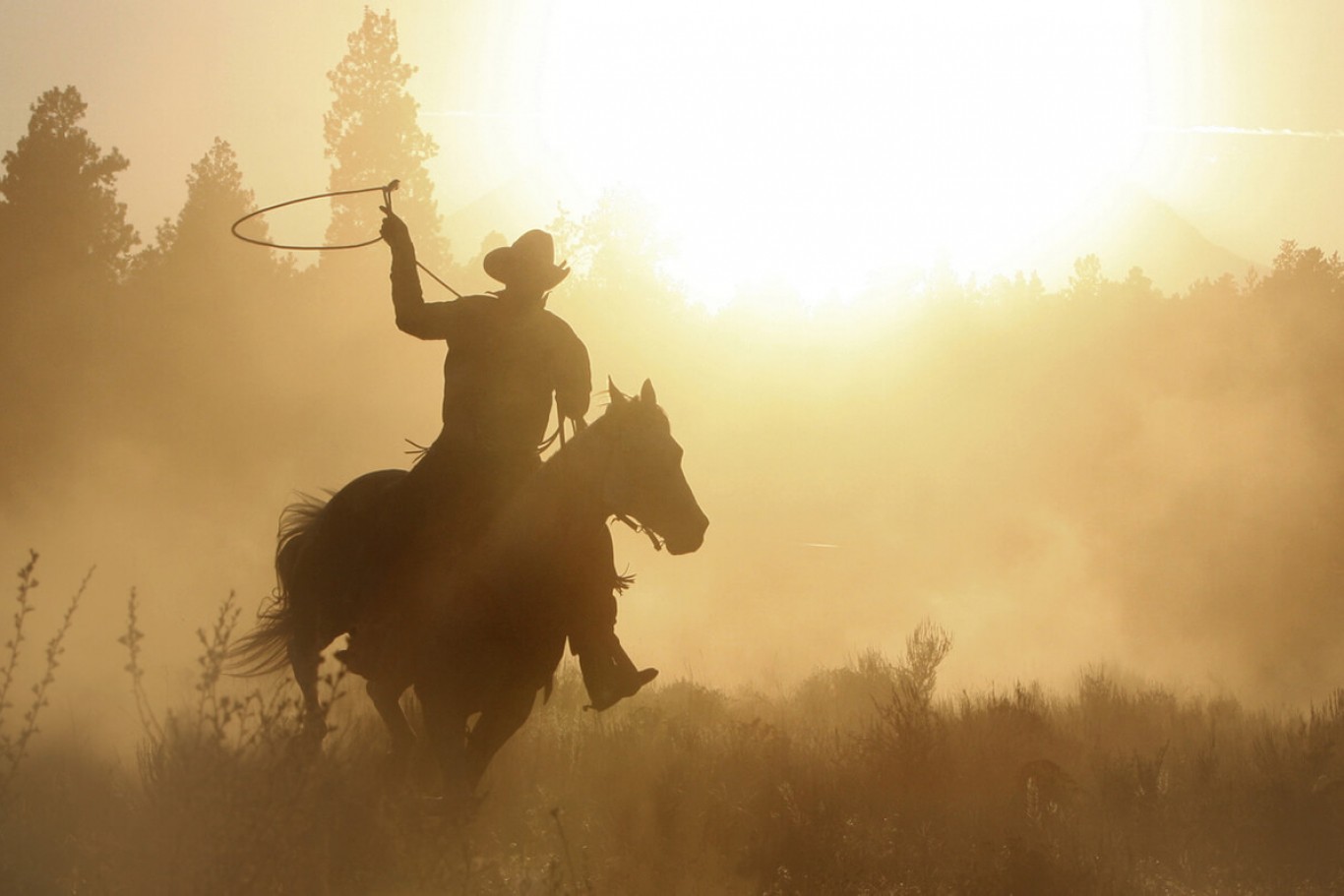 The Wild West: Our Director, John Moxon, writes in last week's Taxation Magazine about the current state of the R&D advisory sector

The R&D tax advisory sector has changed enormously since the legislation’s inception. YesTax Founder and Director, John Moxon, outlines his thoughts on the problems within the market – and considers what the future might hold.

The tax advisory profession is a remarkably broad sector, with a huge number of interesting and complex niches. R&D tax relief is one such niche, offering in-depth exposure to the financial and technical issues that companies face. Advising on R&D tax relief allows advisers to really understand what their clients do. It also enables advisers to make real impacts for their clients. In the overwhelmingly majority of cases, the work R&D tax advisers perform is genuinely appreciated by clients. Over the years a huge number of small businesses have grown and flourished as a direct result of the impacts of their R&D tax claims. As an adviser, it’s a pretty satisfying role to play.

My eleven-year involvement with R&D tax relief was purely accidental. Back then, R&D tax relief was a little known and rarely claimed tax incentive scheme. I had little confidence the role, and the relief, would last. Fourteen budgets later, the relief remains in place and I’m now in my third role in the sector.

Despite the love of my profession, over the last few years I’ve become increasingly disillusioned by the standard of advice that many companies across the UK are receiving. Until recently, I’ve chosen to be tight-lipped about practices within the sector, preferring to concentrate on what YesTax offered rather than what others were doing. However, the situation has deteriorated to such an extent that the role of an R&D tax adviser is being tainted. Poor advice, outlandish interpretations of legislation and aggressive marketing based on unproven and ill-founded claims are now commonplace. In the eyes of many, we’re the double glazing salespeople of the tax and accounting sector. The ’wild-west’ is how I’ve seen the sector described. I can’t think of a better term.

The activity of the company must also fall within the special definitions set out in the BIS Guidelines (formerly DTI Guidelines) for activities to be treated either as ‘directly contributing’ to seeking the advance in science or technology, or as ‘qualifying indirect activity’. The BIS Guidelines are outlined in HMRC’s CIRD Manual and should be used as the reference point for determining qualifying activity.

Information regarding qualifying activity is therefore freely available and is well explained within HMRC’s CIRD Manual.

Having been involved in the R&D advisory sector for eleven years, it’s inevitable that a number of irritations will have spawned. However, many R&D tax advisers feel the issues are no longer mere irritations but instead are serious issues that threaten the whole industry. Claims are being filed with critical errors and HMRC’s lack of resource is allowing many poorly assembled claims to slip through the net. Outlined below are three of the key issues facing the industry.

This is arguably the most common mistake made by claimant companies and their advisers. Although the BIS Guidelines give room for interpretation on what constitutes qualifying activity, some recent examples of claims we have become aware of are concerning.

At YesTax, we work with a number of accountants based across the UK. It’s now very common for us to receive a call from an accountant, informing us that one of their clients has been told (invariably via a cold-call) they have a valid R&D tax claim. At this point, we’re often asked to speak to the client to give our opinion. Four examples of recent conversations are summarised below:

Sadly, in several of the cases summarised above, our recommendation to not pursue a claim was ignored, and the client proceeded with a claim.

The application of the BIS Guidelines becomes more complex where software R&D is concerned. The rapidly changing nature of the software sector can mean what was R&D last year, is now established and routine today. It’s perhaps one reason why I’ve not met a single R&D tax adviser who prefers software based claims!

Determining whether or not a company’s activity qualifies for R&D tax relief should be an exercise undertaken with the competent professional(s) (within the claimant company) who is best placed to assess whether or not an advance has been made. The competent professional should also be very clear on what constitutes an advance (with reference to the BIS Guidelines). The examples outlined above offer firm evidence that claims are being filed without due consideration to the guidelines.

Many reputable advisers will have experienced the situation: you’ve informed a client they do not qualify for the relief, only to find the client has sought advice elsewhere and filed a claim, which, were it subjected to any degree of HMRC scrutiny, would fall over at the first hurdle. Where clients seek advice elsewhere, with the sole motivation of getting the answer they want, reputable advisers are placed under enormous pressure. I dare say it may have forced reputable firms to buckle under pressure and proceed with a claim, knowing that a risk existed.

The problem here rests with the fact that a huge number of claims are processed by HMRC without any level of scrutiny. Poor quality claims can be filed and processed, allowing spurious advisers to claim ‘success’ and leave reputable firms who may have advised differently, appearing as the bad guys.

Do we want more HMRC resource directed towards R&D tax relief claims? Such measures would certainly weed out the bad advisers, but consideration must also be given to genuine claimants who are subjected to an enquiry as a result of increased HMRC resource. The time and cost associated with an R&D claim enquiry is not insignificant, so it would be Pyrrhic victory if increased HMRC resources led to a reduction in poor quality claims but discouraged genuine claimants from the scheme out of fear of a costly enquiry.

A cursory review of many R&D advisory firms’ marketing literature will often reveal unqualifiable and difficult to prove claims, based on false statistics. The most common is the claim of a ‘100% success rate’ where firms promote the notion that every single one of their claims have been ‘accepted’ by HMRC without amendment.

There is a common misconception regarding R&D tax claims. Many advisers assume that if HMRC has paid out on a claim, the case is closed and the claim is ‘accepted’. This is a dangerous assumption to make. Payment of a tax credit breeds false confidence as HMRC has powers to open an enquiry into a return 12 months after the statutory filing date (normally two years after the end of the accounting period). Even if a tax credit has been paid, it may be subsequently challenged – and clawed back. It’s therefore impossible to state a 100% success rate as claims submitted within the last 24 months could still be enquired into. The ‘100% success rate’ claim is entirely misleading.

Another common marketing ploy of many firms is a guarantee that ‘we will make your claim bigger’. Some even take the time to calculate an average % of how much bigger they make their clients’ claims. Marketing claims of this type should be treated with contempt. Without the full facts, it’s impossible to ascertain whether or not a claim is being maximised within the legislative boundaries. Many R&D advisers operate on a % fee basis, meaning any guarantee to make claims larger at the start of a client engagement, raises questions about the objectivity of the advice the client subsequently receives.

Finally, many advisory firms have their own website tool to determine if a client qualifies for R&D relief. These are often over-simplified, and in some cases, blatantly incorrect. Marketing questions such as ‘are you improving your business’ or ‘do you overcome challenges’ are often used to tempt prospective clients to make contact to start a claim. These questions are a gross oversimplification of the qualifying criteria – and with promises of significant cash repayments, it’s easy to see how companies could be tempted to engage.

So what does all this mean for the future of R&D tax relief? In 2019, HMRC initiated some major changes to how R&D tax relief is administered. The headline change was the proposed re-introduction of a PAYE cap for payable tax credits, as part of abuse prevention methods. A second consultation on the matter is currently ongoing. However, perhaps the most important change was internal reorganisation at HMRC that aimed to free up more resource for R&D enquiries. This, coupled with the inevitable recouping of Covid-19 support measure costs, suggests that R&D enquiry numbers are likely to rocket in the coming years. I’ve said to several people in recent months, there are some very easy pickings for HMRC where R&D claims are concerned.

In a recently released first tier tribunal case (AHK Recruitment Ltd TC7718) HMRC successfully defended its rejection of a claim where it was argued that insufficient evidence and records documenting the R&D existed. The tribunal also considered the absence of a competent professional who could support the appellant’s appeal. In the absence of a competent professional, the tribunal attached no weight to arguments made by the company and its adviser.

We run an enquiry resolution service at YesTax, assisting clients who have made their own claims (or have used another adviser). We’re already seeing the results of HMRC’s reorganisation and increased resource. Enquiries are generally longer, more intrusive and expectations to provide substantiating evidence are higher. Make no mistake, HMRC mean business.

I’m not the only one concerned at the current situation. Other reputable advisory firms in the sector are also sounding the alarm and have done excellent work to try and raise standards. On 1st June 2020, PCRT guidance tailored specifically to R&D tax credit services was issued. This is the first formal recognition by the professional bodies responsible for PCRT guidance that a problem exists. It should be welcomed by all involved within the sector. There are also informal discussions amongst advisers about an accreditation scheme of some sort to differentiate the good from the bad. How this could operate with transparency and fairness is another question. What is clear, however, is that an alarm bell has sounded across the sector. This can only be a good thing.

Until then, if you or your client is given unqualified advice that seems too good to be true…..well, you know the rest.